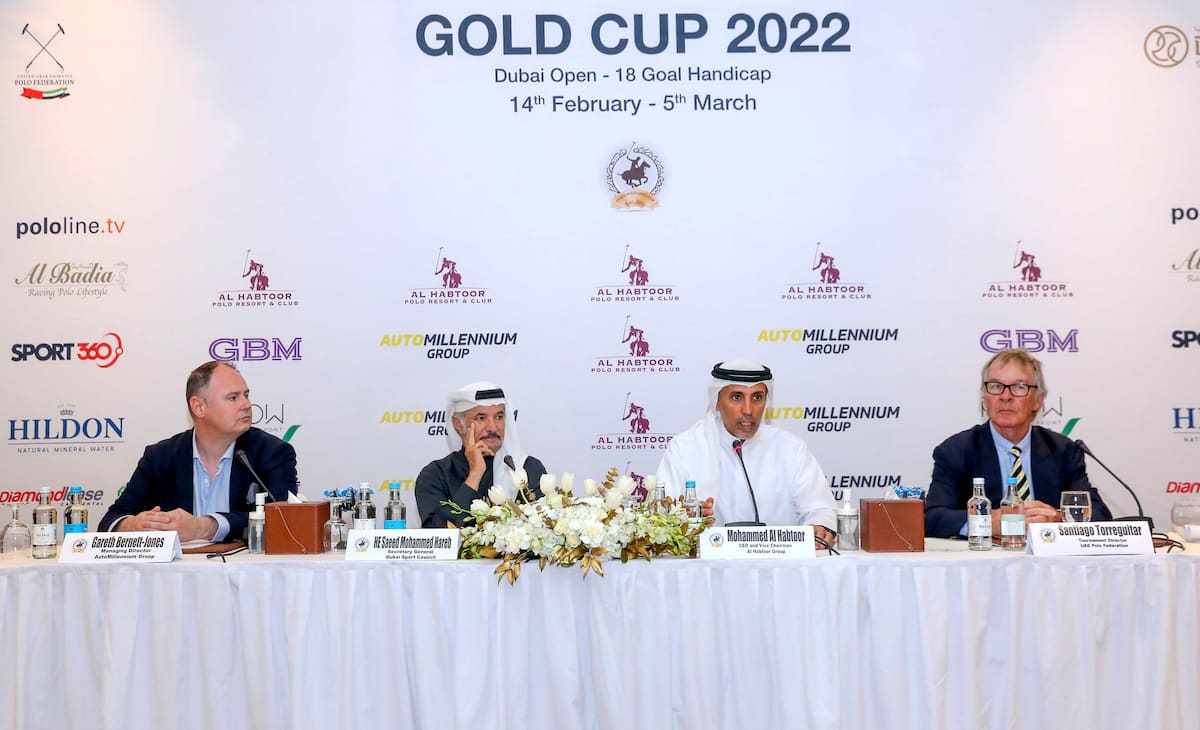 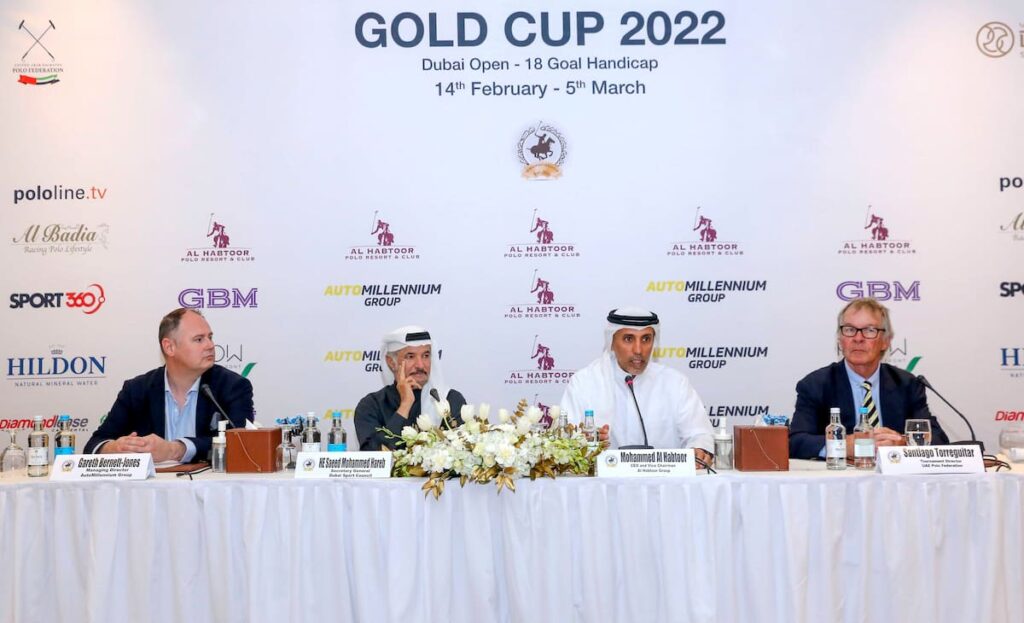 The schedule of Gold Cup 2022 (Dubai Open) tournament was officially released at a press conference and live draw held in Al Habtoor Polo Resort hotel. The event welcomed the presence of the sponsors, media and participating teams.

The prestigious Dubai Open is held under the Patronage of HH Sheikh Maktoum bin Mohammed bin Rashid Al Maktoum, Deputy Ruler of Dubai and is scheduled on 14th February until 5th of March. The tournament will have eight teams vying for the coveted cup of the Dubai Polo Gold Cup (DPGC) Series.

The Gold Cup is one of the five tournaments of the DPGC Series and is now on its 13th year. The tournament is recognized and certified by the World Polo Tour (WPT) and played under the WPT Championship Cup which is considered as one of the highest competition in terms of points. It awards 125 points to its winners, 65 points to the finalists, 45 points to the semi-finalists and 30 points to all other participating players.

It is the only tournament in the United Arab Emirates that is played in this category, on a par with tournaments held in Argentina, Spain, UK and USA. The tournaments under the DPGC Series are follows Hurlingham Polo Association (HPA) rules and plays under the provision of its umpires.

Mohammed Al Habtoor said, “We are proud to host another year of the Dubai Open. The tournament has grown from a 10-12 goal handicap tournament in 2009 to an internationally recognized and widely anticipated 18 goal tournament in the Middle East since 2015. The milestones that we have achieved over the years were made possible through the confidence of our sponsors, polo patrons, and athletes.

The last two years were challenging for us as it was for the rest of the world, and yet we continue to tread boldly in to our 13th year, continuously hosting a world-class polo event that will serve as an impetus to developing a new generation of polo athletes in the country.”

Participating teams of the Gold Cup 2022 tournament include: